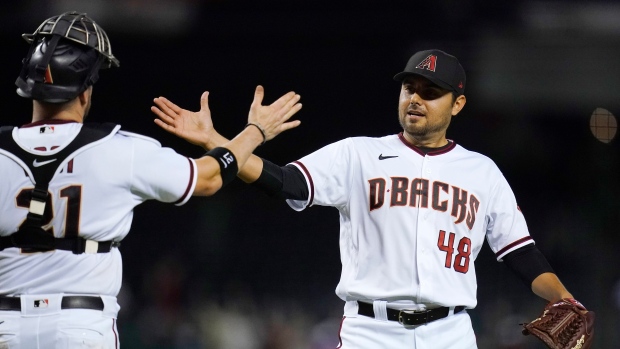 The Toronto Blue Jays have acquired veteran reliever Joakim Soria from the Arizona Diamondbacks, it was announced Friday afternoon.

#BlueJays have acquired Joakim Soria, per source.@Gambo987 and @bnicholsonsmith are on it.

Two players to be named later will head back to the D-Backs in the deal.

The 37-year-old owns a 4.30 ERA in 31 appearances so far this season for the Diamondbacks with six saves.

He signed with Arizona in the off-season on a one-year, $3.5 million deal and is scheduled to be a free agent at the end of the year.

A two-time All-Star with experience closing, the Blue Jays will be Soria's ninth MLB team. He is best known for his time with the Kansas City Royals where he recorded 42 saves in 2008 and 43 in 2010.

A native of Monclova, Mexico, Soria made his big-league debut all the way back in April of 2007.