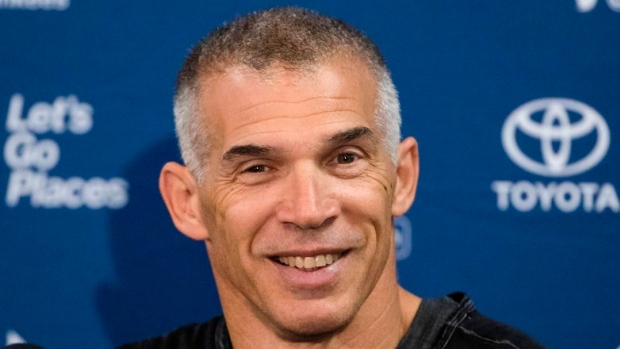 Joe Girardi's return to the Major League Baseball coaching ranks could be close at hand.

USA Baseball announced on Wednesday that Girardi has stepped down as manager of the United States to pursue a managerial opportunity in the MLB.

"We are grateful that Joe was a part of Team USA and we appreciate the time and preparation he dedicated to our endeavor of qualifying for the Tokyo 2020 Olympic Games," said USA Baseball CEO Paul Seiler in a statement. "On behalf of the organization, we wish him the best of luck as he seeks a manager position in Major League Baseball.

With the hiring of Joe Maddon by the Los Angeles Angels, there are now seven managerial vacancies in the league.

"Scott Brosius is respected across the baseball industry for his time as both a player and a coach," Seiler said. "He possesses a tremendous resume and we are proud to have him step in and lead us in the Premier12 tournament. From top to bottom, the coaching staff we assembled boasts a wealth of international playing and coaching experience, and we are confident in their ability to help us achieve the goals we have collectively set for this team."

Retiring after a 15-year playing career in 2003, Girardi became manager of the Florida Marlins in 2006, winning National League Manager of the Year in his first season, but was fired after the season.

He became bench boss of the New York Yankees - the team with whom Girardi won three World Series - in 2008.

Girardi would go on to spend a decade in the Bronx, posting an overall mark of 910-710, reaching the postseason on six occasions and winning the 2009 World Series.

The Yankees chose not to renew Girardi's contract following the 2017 season.

Among the clubs currently looking for a manager are the Chicago Cubs, a team with whom Girardi spent seven seasons as a player over two stints. Girardi is believed to have spoken to the team about the job and is also expected to interview for the Philadelphia Phillies vacancy.