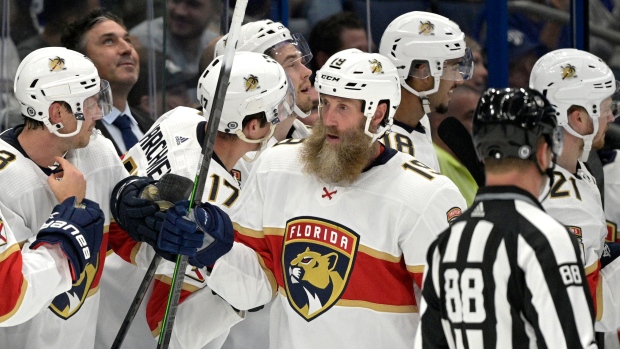 The Florida Panthers will welcome Joe Thornton and Anton Lundell back to the lineup for Monday's Game 4 against the Tampa Bay Lightning, head coach Andrew Brunette announced.

Both Anton Lundell and Joe Thornton are in tonight for Game 4, per Coach Brunette.

Thornton, 42, will be making both his series and playoff debut tonight for the Panthers has has been was a healthy scratch throughout the playoffs.

In his 34 regular season games for the Panthers, Thornton recorded five goals and five assists for 10 points.

Lundell has not played since Game 2 against the Lightning. In eight playoff games played this year, he has not registered a point.

Anthony Duclair and Ryan Lomberg will draw out of the lineup.