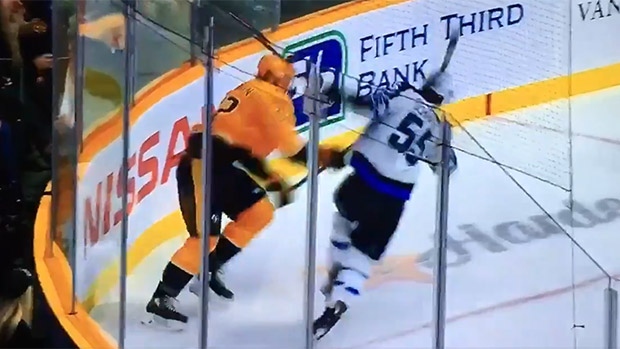 The incident occurred late in the first period of the Jets' 5-1 win on Thursday night after the two players came together in the corner of the Predators' end. Johansen was assessed a two-minute minor on the play.

A native of Vancouver, Johansen has eight goals and 34 assists in 49 contests this season.

The 26-year-old Johansen has no prior suspension over the course of his eight-year NHL career.