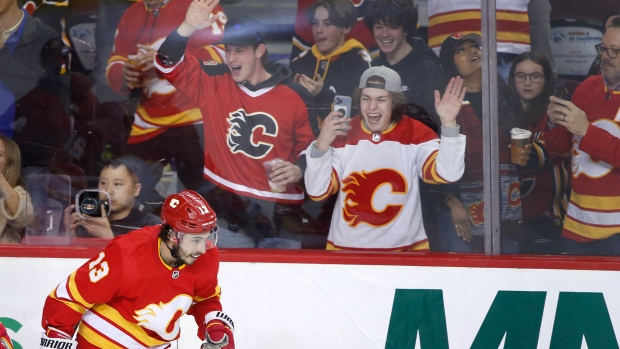 Pierre, let's go through some of the biggest names out there. First up, Johnny Gaudreau, coming off a career year with the Calgary Flames. Do you think he hits the open market, and what kind of interest do you see him generating?

Pierre LeBrun: [I] can't answer that yet; it's still early in that process, Gino. I made a few calls this week [and] what I can tell you is that the Calgary Flames are going to want to try and get an answer way before we get to July 13. I think that's important to Flames' management because they might have to pivot if they don't like what they hear.

But, I do believe Johnny Gaudreau when he said, publicly, that he loves playing in Calgary. I think Johnny Gaudreau's going to give Calgary, certainly, a chance to have their say here, but I think that conversation might come to a head sooner rather than later in terms of "yay" or "nay".

Now, what you don't want to hear if you're the Flames is Johnny Gaudreau say, "We want to keep you in our plans, but we also want to see what's out there in July 13," which often happens with these big-name players and it wouldn't surprise me if, in fact, that's what happens here.

[A] couple of teams to keep an eye on, New Jersey has been mentioned a lot. They've got cap room, P.K. Subban's coming off the books at $9 million, but keep in mind, Jack Hughes' new deal at $8 million goes on the books, and they have to sign Jesper Bratt who had a huge year.

It may be a bit of a wild-card team among many who I think would want to talk to Johnny Gaudreau, [but] what about the Seattle Kraken who have a ton of cap room. No one's talking about them, but I think they intend to be aggressive on the UFA market this summer.

Next up: Claude Giroux. Fifteen seasons as a Flyer before he was dealt to the Panthers at the deadline. Now what? What kind of interest are you hearing for the native of Hearst, Ontario?

Pierre LeBrun: Way to go with the hometown there, Gino, well done.

Listen, I spoke with Claude Giroux this week, and priority number one for him is to try and re-sign in Florida if he can do that. Now, it's not going to be easy, Gino, as you know, the Panthers have a lot of cap issues, a lot of guys to re-sign. But, the Panthers did inform Giroux on his way out here that they would have interest in trying to re-sign him, so keep that in mind. That's the top priority for Claude Giroux.

If that can't happen, then he goes to market and what he told me was, you know, obviously, wanting to win – he is chasing a Cup – but also a place for his young family. He's got two boys both under the age of three years old, for him and his wife to plant some roots. [He] doesn't want to bounce around year-to-year. So, two key parts of the criteria there for Claude Giroux if he goes to [the] market.