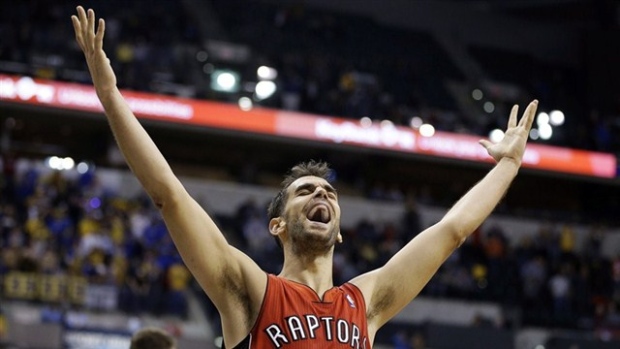 The Cleveland Cavaliers are hiring Jose Calderon to a front office role, sources tell ESPN. Calderon played 14 years in the NBA and on four Spanish Olympic teams. He most recently worked for the NBPA upon his 2019 retirement as a player.

Calderon played a total of 14 seasons in the NBA, including eight for the Raptors, and was a member of four Spanish Olympic teams.

He most recently worked for the National Basketball Players Association after retiring as a player in 2019.

Calderon was traded to the Detroit Pistons in January of 2013 in a three-team deal also involving the Memphis Grizzlies that saw forward Rudy Gay head to Toronto.