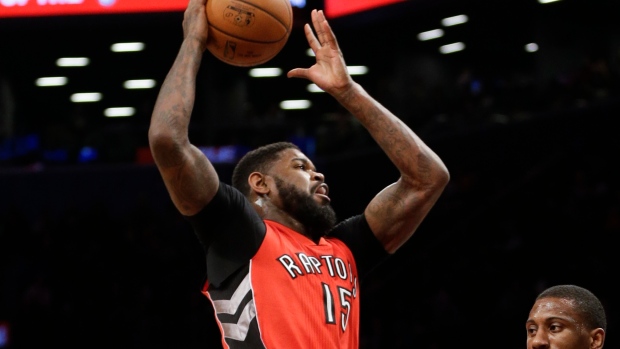 An Ontario court judge is considering how much child support former Toronto Raptors star forward Amir Johnson should be forced to pay the mother of his two-year-old daughter.

Jung says in court documents that she lived together with Johnson for 18 months, while Johnson says that their relationship, "was at best a 'casual sexual relationship' and that they were 'not in a committed relationship at any time.'"

Johnson, 28, has since left the Raptors and signed a two-year, $24 million (U.S.) contract with the Boston Celtics.

In October, an Ontario judge is expected to revisit a question that's important to many millionaire professional athletes: how much child support should an athlete be forced to pay, considering their high salaries don't last forever.

"(Jung's) proposed budget is approximately $84,000 per month, which yields an aggregate of yearly expenses in excess of $1 million," says an Ontario Superior Court filing. "Plainly, this is a significant amount of money. Equally plainly, however, the respondent is earning a very significant income."

Jung's lawyer wrote that she is worried that if her demand for $50,000 per month isn't met, "the child will be deprived of the ability to live in the same kind of circumstances as the support-paying parent, when she has an entitlement to do so. It also allegedly exposes her to the risk of having no support in future if the support-paying parent does not carefully, and accurately, manage monies that he is now earning."

A prior child support lawsuit in 1999 involving NHL player Chris Simon established that it was appropriate for a professional athlete to pay as much as 7.9 per cent of his income in child support.

"In contrast, in (the Jung-Johnson) case, (Jung) is asking for an amount that totals only 3.93 per cent of the estimated income that Mr. Johnson will earn currently and over the next year," a court filing says.

A judge is expected to decide how much Johnson will be required to pay during a hearing in mid-October.