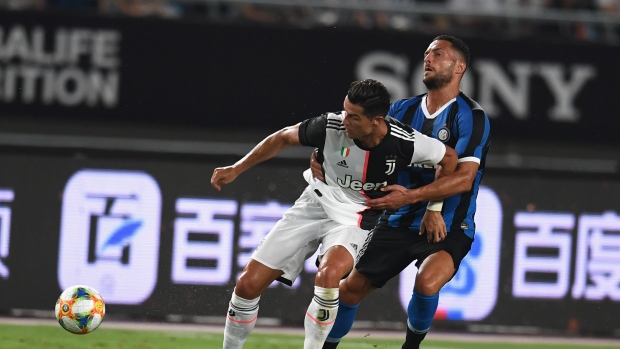 Juventus lost the 2005-2006 Scudetto in the "Calciopoli" scandal and now want the same to happen to Inter Milan only days before the two teams meet in Serie A through a 30th appeal to have the title stripped from their rivals.

The Bianconeri finished atop the table that season, but were stripped of their title and relegated to Serie B due to match-fixing when five clubs were found to have attempted to manipulate results through the selection of particular match officials. Milan finished as runners-up, but were docked 30 points meaning that third-place Inter was awarded the title. Fiorentina, Reggina and Lazio were also penalized in the scandal.

Juve last appealed the decision in August and were again denied by the Italian Football Federation.

Inter currently sits atop the table, two points ahead of Juve in second and five clear of Atalanta in third.

The two teams will meet at Allianz Stadium on Sunday.