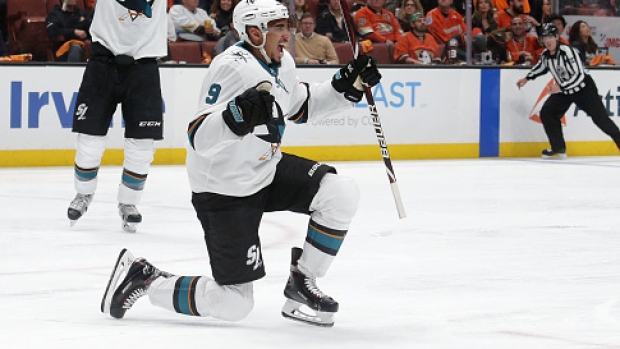 Evander Kane has had trouble shedding the label of being a problem in the locker room dating back to his time with the Winnipeg Jets.

The 26-year-old forward told the San Jose Mercury News that one of his reasons for signing his seven-year, $49 million deal with the Sharks on Thursday was the fact they embraced his personality.

“The one thing about this team, this group and this organization is they allow you to be yourself,” Kane said on Thursday from Greece. “They embrace you for who you are and it’s a very unselfish group that makes it super-easy to come into and mesh well with.”

Kane was acquired by the Sharks in February from the Buffalo Sabres for a conditional draft pick, which became a first-round selection when he re-signed.

He excelled in his brief time with the Sharks during the regular season, scoring nine goals and posted 14 points in 19 games before adding four goals and one assist in nine playoff games. He scored 29 goals over 78 games total between the Sabres and Sharks this season.

“I always wanted to stay in San Jose,” Kane added. “After the season, that thought never left my mind and I was happy we were able to get something done.”

Kane's $7 million cap hit has many believing the Sharks won't be in the John Tavares sweepstakes this summer. While not speaking on Tavares directly, Sharks general manager Doug Wilson said he believes the team will have the money to make more moves this off-season.