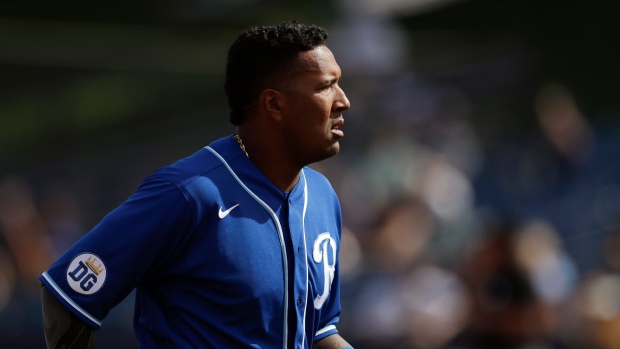 SURPRISE, Ariz. — Salvador Pérez was back behind the plate for the first time since Tommy John surgery.

The six-time All-Star caught the first four innings of the Kansas City Royals' 3-1 loss to a San Francisco split squad on Friday.

"I was super-excited to be back behind the home plate," Pérez said. "I feel great. I feel good. I wasn't nervous."

"It was emotional," Pérez said. "It was kind of like opening day -- once you catch the first pitch, it's a regular game. I blocked some balls, threw to second base between innings. It was all great."

Trevor Rosenthal struck out two in a perfect inning.

Darrin Ruf hit a two-run homer in the second off Ian Kennedy.

Jeison Guzman, who turned 21 in October, homered in the ninth.