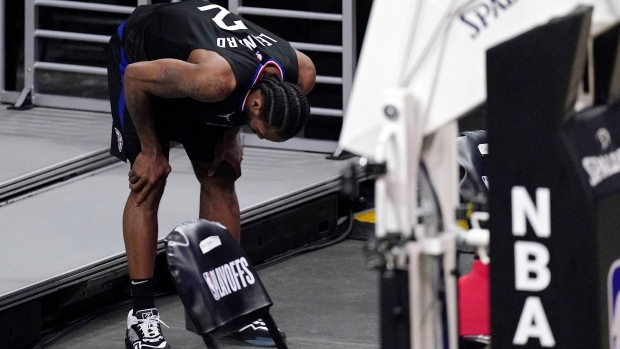 If Kawhi Leonard is going to return this season, it won't be in Games 1 and 2 of the Western Conference Finals.

The two-time NBA Finals MVP will not make the trip to Phoenix for the first two games of the series while he continues to rehab his ACL injury at home, according to Yahoo's Chris Haynes.

Leonard was injured In Game 4 in the Western Conference semi-final series against the Utah Jazz and missed Games 5 and 6, both of which turned out to be Clippers wins as the club advanced to the Conference Finals for the first time ever.

Leonard averaged 24.8 points per game on 51.2 per cent shooting in 52 games during the regular season.