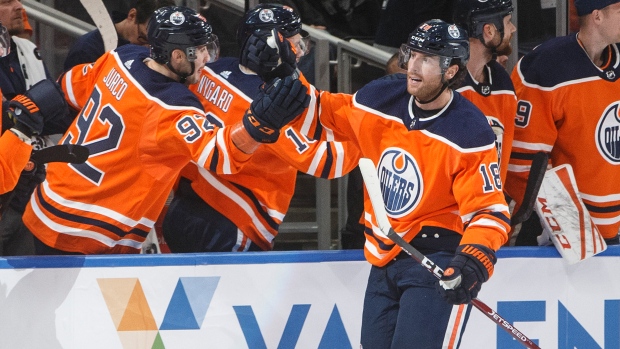 Edmonton general manager Ken Holland said Tuesday it is his understanding the Oilers would keep their conditional third-round pick from last summer's Milan Lucic-James Neal trade should the season not resume.

The Oilers acquired Neal from the Calgary Flames last June for Lucic and the conditional pick. The Flames would receive the selection if Neal scored at least 21 goals this season with Lucic also scoring 10 or fewer goals than Neal.

Holland feels if season is not resumed, the Oilers will not have to give the conditional third round pick to the flames from the James Neal trade.

When the season paused on March 12, Neal had 19 goals and 31 points in 55 games, while Lucic had eight goals and 20 points in 68 games with the Flames. Holland noted that because Neal has not hit the 21-goal mark, the pick would not transfer.

Edmonton is currently without their second- and fourth-round picks in this year's draft.