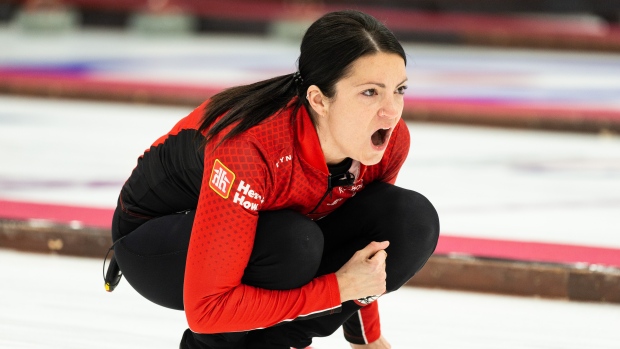 One half of the reigning Canadian mixed doubles champions will have a new partner for the upcoming Olympic Trials later this month.

With Brad Gushue representing Canada in four-person curling at the Beijing Olympics, Kerri Einarson will team up with fellow skip Brad Jacobs for the 2022 Canad Inns Canadian Mixed Doubles Trials.

In their first mixed doubles event as teammates, Gushue and Einarson captured the Canadian title last year inside the Calgary bubble and then would go on to make the playoffs at the World Championships, qualifying Canada for the Olympics.

Both Jacobs, a 2013 Brier champion and a 2014 Olympic gold-medalist, and Einarson, the two-time defending Scotties Tournament of Hearts champ, did not compete at the 2018 Canadian Mixed Doubles Trials, the first time the event was held. John Morris and Kaitlyn Lawes were victorious and captured the first ever Olympic gold medal in the discipline in South Korea.