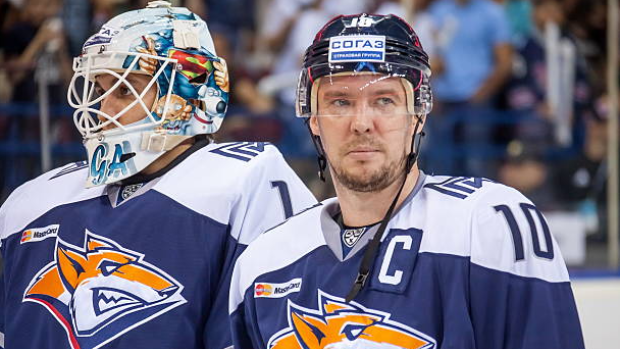 Sergei Mozyakin has retired after a record-setting 13-year career in the KHL.

The 40-year-old, who spent the past 10 seasons with Metallurg Magnitogorsk retires as the league's all-time leader in goals and points.

Having debuted in the league's opening season with Atlant Mytishchi in 2008-09, Mozyakin scored 419 goals and posted 928 points in 842 career games.

On the international stage, Mozyakin scored one goal and posted four points in six games en route to winning a gold medal with the Olympic Athletes from Russia at the 2018 Olympics.