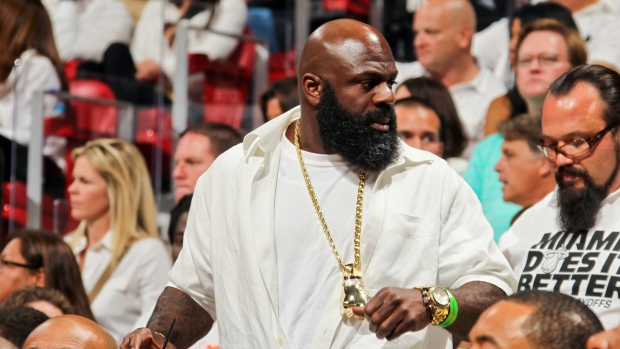 "We are all shocked and saddened by the devastating and untimely loss of Kimbo Slice, a beloved member of the Bellator family. One of the most popular MMA fighters ever,  Kimbo was a charismatic, larger-than-life personality that transcended the sport.

Outside of the cage he was a friendly, gentle giant and a devoted family man. His loss leaves us all with extremely heavy hearts, and our thoughts and prayers are with the entire Ferguson family and all of Kimbo's friends, fans, and teammates."

The 42-year-old native of Cutler Ridge, Florida made his mixed-martial arts debut in 2007 after a several years of work as a bodyguard and a series of amateur street fighting videos went viral. He joined the UFC in 2009 and won his debut fight by unanimous decision against Houston Alexander in December of that year. The following May, Slice was defeated by Matt Mitrione by TKO in the second round in what would end up being his final fight for the promotion.

Slice made his debut for Bellator last June after nearly five years away from MMA. In the meantime, Slice embarked on a boxing career and posted a 7-0 record. In his much-criticized return fight, Slice knocked out Ken Shamrock in the first round.

He last fought in February and initially posted a TKO win over Dhaffir "Dada 5000" Harris, but the decision was overturned when Slice tested positive for the banned substance Nandrolone. The fight has been officially deemed a no-contest.