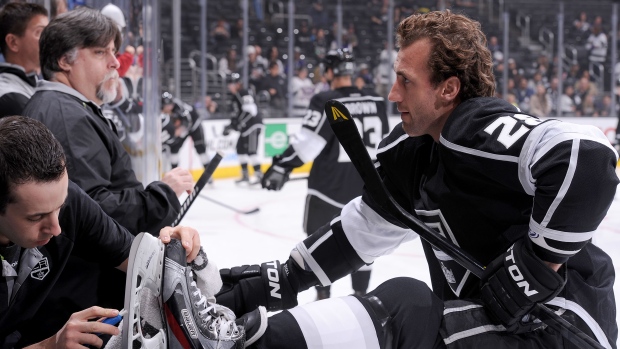 Stoll is the boyfriend of Erin Andrews, the "Dancing with the Stars" co-host and Fox Sports reporter. Stoll also was engaged to actress and model Rachel Hunter, singer Rod Stewart's former wife.

The 32-year-old Stoll is an unrestricted free agent after struggling this season. He had six goals and 11 assists in 73 games, his seventh with Los Angeles after five with Edmonton.

The centre helped the Kings win Stanley Cup titles in 2012 and 2014. Los Angeles missed the playoffs this season.