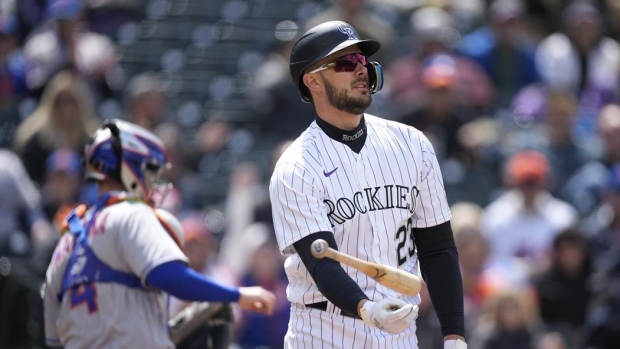 PITTSBURGH (AP) — Colorado Rockies outfielder Kris Bryant's balky back has him on the injured list for the second time this season.

The Rockies placed Bryant on the 10-day injured list Wednesday. The move is retroactive to Monday, when Colorado initially held Bryant out of the lineup with what the club called back soreness. Bryant sat out Tuesday's extra-inning victory over the Pirates and with symptoms lingering, put him on the IL.

Bryant, signed to a seven-year, $182-million deal with Colorado in March, spent nearly a month on the injured list after initially tweaking the back in late April.

He returned to the lineup last weekend against the New York Mets before complaining of soreness.

Bryant is hitting .270 with no home runs and four RBIs in 17 games this season for Colorado.

The Rockies called up right-handed pitcher Ryan Feltner from Triple-A Albuquerque on Wednesday to take Bryant's roster spot and gave Feltner his fourth career start as they wrapped up a three-game set in Pittsburgh.