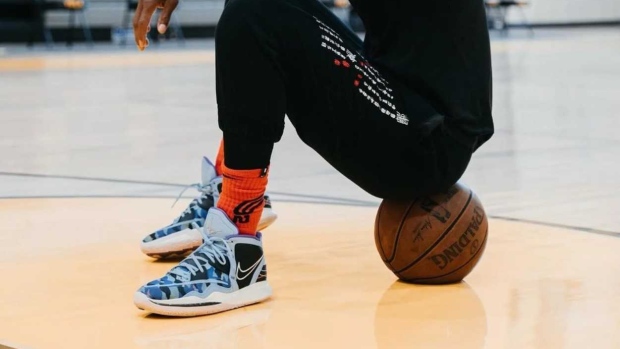 Kyrie Irving sparked controversy back in July when initial designs of the Kyrie 8 shoes were leaked, calling them “trash”.  He claimed that he had no part in the creation of the design and that Nike planned to create and release the shoe regardless of whether he approved or not.

It appears as though cooler heads prevailed as Irving released a statement clarifying his comments.  Now that he is sporting the shoes publicly, it brings hope that the new line will be introduced sooner rather than later.

The Kyrie 8 line has yet to have many details or release date confirmed.  It is also unclear whether or not the shoes have been given the green light to be mass-produced.  However, with the start of the new NBA season fast approaching, it is likely that official release details of the Kyrie 8s will come out in the coming weeks.