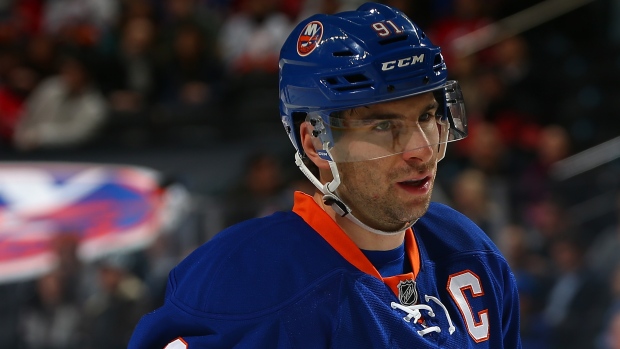 You can rule out the sign-and-trade scenario involving John Tavares. Isles boss Lou Lamoriello says there's zero chance he would do that. So either Tavares stays put or goes, but it will be a traditional transaction either way. Lamoriello hopeful of course that JT stays put

That would mean Tavares either stays put or goes, but it will be through a traditional transaction. Lamoriello is hopeful Tavares chooses to re-sign with the club.

In 82 games last season for the Isles, Tavares had 37 goals and 47 assists. It's the third time in four seasons Tavares has reached the 30-goal plateau.

He is set to become an unrestricted free agent on July 1.