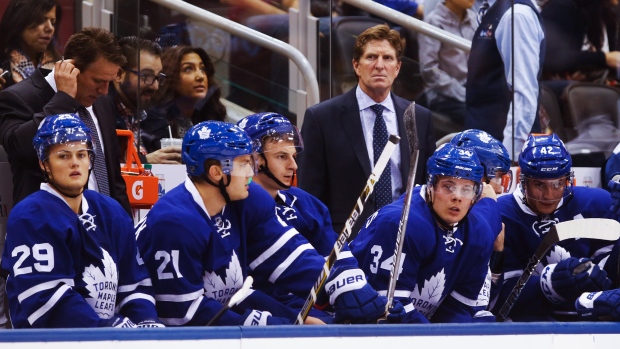 Very early on in the Mike Babcock era, I wrote about one of the system changes I expected to see within the Toronto Maple Leafs organization – one that focused on optimizing player shift length.

Back in his Detroit days, Babcock held his team to a 40-second shift mentality. An old ESPN the Magazine quote is worth revisiting to capture the spirit of Babcock’s position on this:

"We use our own time," says Babcock, eschewing the arena stat sheet. For playoffs, he wants short shifts – 40 seconds, tops – making sure stars like LW Henrik Zetterberg stay fresh enough to sustain the tempo his two-way game demands. Quick, smart line changes are so crucial that the Wings devoted an entire practice to them during an unexpected layover in St. Louis last season. Bonus benefit: Quick changes prevent positioning breakdowns that result in odd-man rushes.”

I was fascinated to see what kind of impact Babcock would have on this young Leafs roster, particularly with respect to the fact that the coach he was replacing – Randy Carlyle – drove rather excessive shift times by league average standards on to the majority of his star players.

How big of an impact has Babcock had? I pulled out regular Leafs skaters over the last three years to show average shift length by season. Note that I didn’t isolate to just even strength in this data set – I think Babcock’s general rule of optimizing shift length is reasonably similar on special teams and at 5-on-5, and thus it’s included in the data below.

Here’s how the Leafs break out over that stretch: 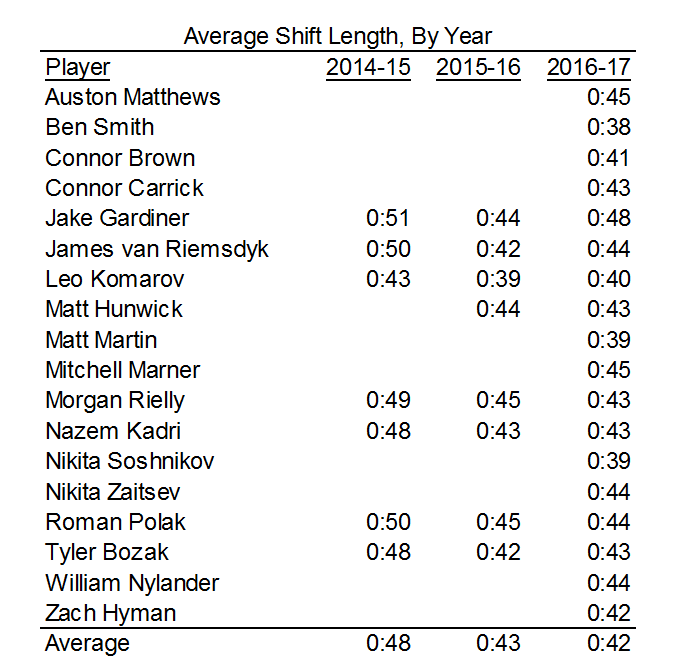 Most guys are sitting in the high 30s or low 40s, and you can see that, year-over-year, Babcock has brought down shift length considerably across his team.

What’s really interesting is how, on an individual basis, the players who span both the Carlyle and Babcock eras – van Riemsdyk, Rielly, Kadri, Bozak, and so on – have seen dramatic reductions in average shift length. The only player who has seen any sort of uptick was Gardiner in 2016-17, and even then that number is still down from the last Carlyle season.

At aggregate, the Leafs are darn close to that 40-second shift number across all game states.

And, because of that, they had the second-lowest shift length in the entire league last year, inching out by the St. Louis Blues by mere decimal points: 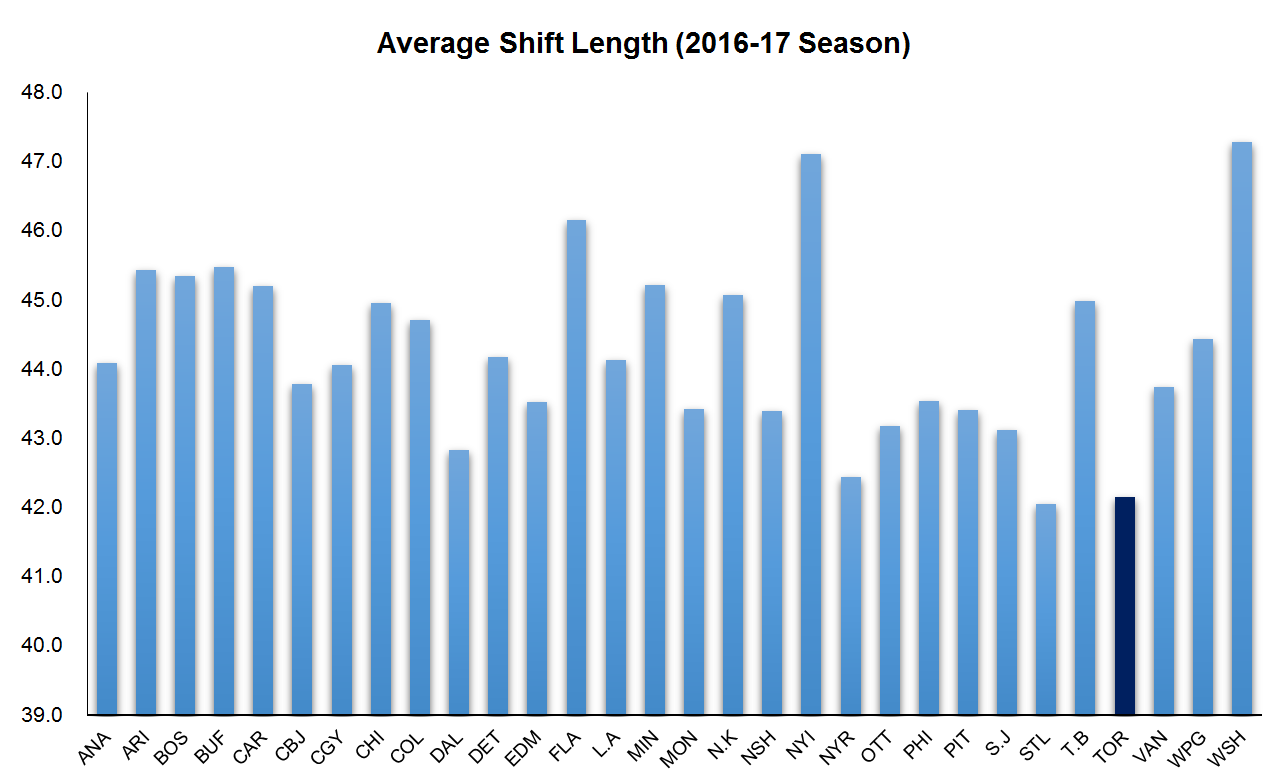 If Babcock’s theory is correct – that players on quick, short shifts can play a more effective two-way game over longer portions of the game – then his coaching touch has made significant in-roads with the current roster.

What will be really interesting to watch is whether Babcock starts to give a bit of a longer leash to his more dynamic forwards. The NHL is far from a ‘one size fits all’ league, and I think you can kind of see that already manifesting with Auston Matthews and Mitch Marner, both of whom had average shift lengths of 45 seconds – well above the median number for Leafs forwards.

To that end, Babcock’s going to need to find the right balance between squeezing the most out of his marquee players and resisting the urge to play them on extended shifts.

It’s not the easiest question to answer, but for Babcock, it’s a good problem to have – and one I’m sure he’s not losing sleep over.