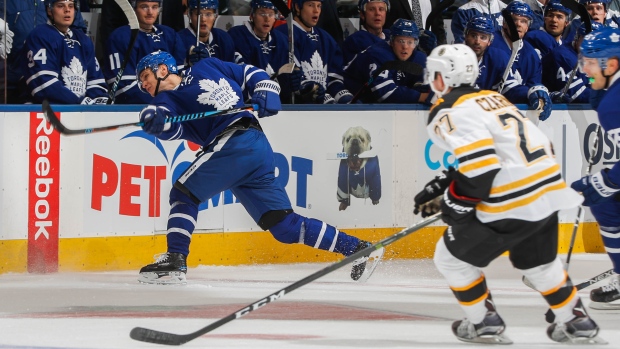 The Toronto Maple Leafs lost defenceman Roman Polak for the season on Saturday night and are hoping the return of Nikita Zaitsev can help cover the loss.

Zaitsev, who sustained an upper-body injury in the team's regular season finale one week ago, skated on his own ahead of Saturday's practice and took the ice on again by himself on Sunday.

Leafs head coach the Russian defenceman's status for Game 3 against the Washington Capitals is to be determined.

Zaitsev on the ice for second straight day

Babcock said his status for tomorrow is TBD pic.twitter.com/RpWLfq3yYs

If Zaitsev is not cleared to play in Game 3, Babcock said Saturday Alexey Marchenko will draw into the lineup for the first time since March 25.

Zaitsev finished second on the team in average ice time during the regular season with 22:01 - nine seconds per game less than Morgan Rielly.

Polak, 30, ranked fifth on the team (among skaters who played 50+ games) in average ice time during the regular season.

Marchenko averaged 14:09 of ice time in 11 games with the Maple Leafs after being picked up on waivers from the Detroit Red Wings.