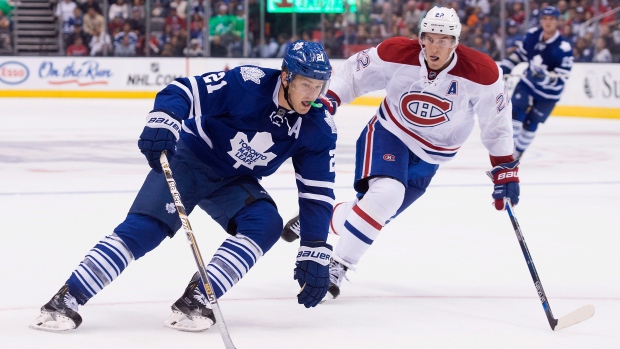 A pair of Toronto Maple Leafs have already played their final games of the season.

The team confirmed on Thursday night that forwards James van Riemsdyk and Joffrey Lupul would not appear again this season.

Van Riemsdyk, 26, incurred a non-displaced fracture in his left foot during a 7-0 loss to the San Jose Sharks on January 9 and hasn't played since. The team says the native of Middletown, New Jersey had a setback in his recovery and remains two to three weeks away from skating.

For Lupul, this season has been yet another injury-riddled campaign. The team said the Fort Saskatchewan, Alberta native had sports-hernia surgery on Monday to end his campaign. Lupul hasn't appeared since February 6 and was placed on injured reserve on February 8. The 32-year-old was sidelined in late November with a lower-body injury that kept him out through the middle of December.

In 46 games this season, Lupul has 11 goals and three assists.