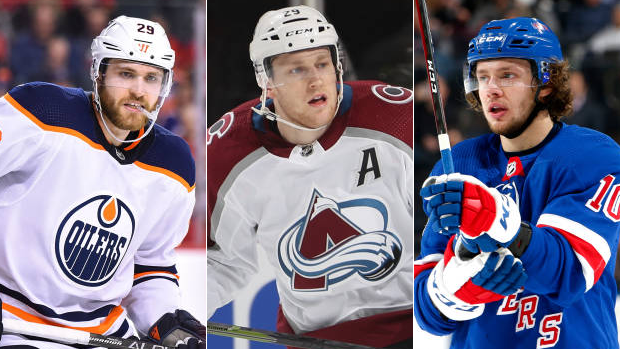 The awarded is presented each year by the NHL to "the player adjudged to be the most valuable to his team."

He registered at least one point in 56 of his 71 appearances and recorded a league-best 33 multi-point performances.

MacKinnon recorded 43 more points than defenceman Cale Makar, his next-closest teammate. It's the largest differential between a team's top two scorers since the 2007-08 Washington Capitals, when Alex Ovechkin had 112 points and Nicklas Backstrom had 69.

MacKinnon's point total was aided by a 13-game, season-opening point streak, the longest such run by an Avalanche/Nordiques player since Mats Sundin's 30-game streak in 1992-93.

Panarin established a career high and ranked fourth in the NHL with 95 points (32 goals, 63 assists).

Panarin also played a career-high 20:36 per game, including 3:44 on the power play, while logging a career-low 20 penalty minutes.

Panarin won the 2015-16 Calder Trophy in his rookie season with Chicago.

The three players are also the finalists for the Ted Lindsay award, presented annually to the "most outstanding" player in the NHL as voted by members of the National Hockey League Players' Association.