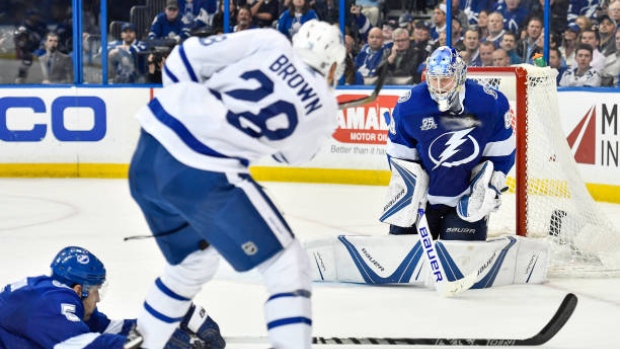 The Tampa Bay Lightning are awaiting the result of Wednesday's Game 7 between the Toronto Maple Leafs and Boston Bruins to determine their second-round opponent.

The Lightning returned to practice on Tuesday and at a groundbreaking for a Marriott hotel in Tampa Bay, Lightning owner Jeff Vinik revealed his hope for the Game 7 result.

“I hope they go four overtimes and beat the crap out of each other,” Vinik joked, according to Joe Smith of The Athletic.

The Lightning advanced to the second round with their Game 5 win over the New Jersey Devils on Saturday. The team emerged from their first-round series at close to full health and will get close to week off between games.

The Lightning used the following lines during Tuesday's skate, per NHL.com:

Forward Adam Erne, who missed the team's entire first-round series with a lower-body injury did not part in the skate.