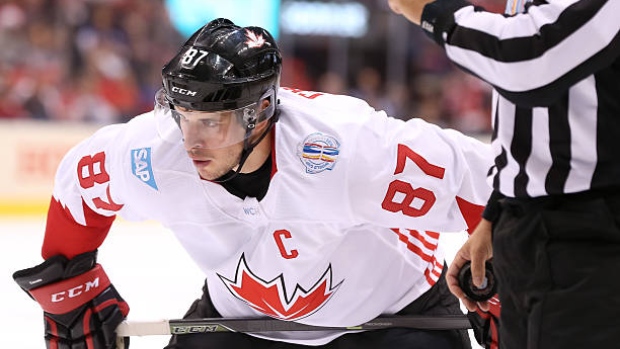 On Wednesday, the NHL officially announced that they will not attend the 2022 Winter Olympics in Beijing after ongoing COVID-19 outbreaks forced dozens of game to be postponed over the last couple weeks.

Here's how the league and its players are reacting.

In Canada, we are fortunate to have the opportunity to evaluate and select talented and hard-working players and personnel that play and work in various leagues around the world, and we look forward to assembling a team of highly-skilled players and staff that have worked hard to earn the opportunity to the wear the Maple Leaf with pride on the world stage. We know that Canadians across the country will be proud to cheer on Team Canada in February, and we look forward to working with our hockey operations staff to assemble a group that gives us the best possible chance to bring home a gold medal."

"You grow up dreaming of winning a Stanley Cup and I've been able to accomplish that," Stamkos said. "You grow up wanting to represent your country [at the Olympics] and win a gold medal. That's something I probably won't have a chance to do now."

"It's difficult to kind of wrap your head around, given the fact that we thought we would have the opportunity this time," Crosby said. "I've been fortunate enough to be part of two. I definitely feel for the guys who have missed numerous opportunities. It's not something where it's the next year or you push it a couple months…. these are opportunities and experiences of a lifetime that you don't get very many of as an athlete, and you might only get one. And it just might happen to kind of fall into your window, and if that doesn't work out, that's unfortunate."

Crosby on the Olympics: "These are experiences of a lifetime that you don't get very many of as an athlete, and you might only get one. And it just might happen to kind of fall into your window, and if that doesn't work out, that's unfortunate." https://t.co/g1EtbGkGH4

“Today’s announcement by the NHL is undoubtedly disappointing for some hockey fans. However, given the recent changes to the NHL schedule, the Canadian Olympic Committee understands the decision.

There is an extraordinarily deep talent pool in Canadian hockey. We’re excited to rally behind the men’s team as it steps on to the ice for its first game on February 10th, attempting to win its fourth consecutive medal. And, together with fans from across the country, we will be cheering for Canada’s incredible women’s team as it competes for its seventh consecutive Olympic medal and fifth gold.

We know that the top Canadian NHL players were excited to wear the Team Canada jersey, and we hope to see them get that opportunity once again in 2026.”

“Since the CBA extension was reached 17 months ago, NHL players have looked forward with great anticipation to once again participating in the Winter Olympics. Until very recently, we seemed to be on a clear path to go to Beijing," Fehr said. "COVID-19 has unfortunately intervened, forcing dozens of games to be postponed this month alone. No matter how much we wish it were not the case, we need to utilize the Olympic period to reschedule these games.

“Certainly, the players and hockey fans are quite disappointed. But playing a full 82-game season this year, something the pandemic has prevented us from doing since the 2018-19 season, is very important. We expect that NHL players will return to the Olympics in 2026.​”

“The National Hockey League respects and admires the desire of NHL Players to represent their countries and participate in a ‘best on best’ tournament. Accordingly, we have waited as long as possible to make this decision while exploring every available option to enable our Players to participate in the 2022 Winter Olympic Games,” Bettman said. “Unfortunately, given the profound disruption to the NHL’s regular-season schedule caused by recent COVID-related events -- 50 games already have been postponed through Dec. 23 -- Olympic participation is no longer feasible. We certainly acknowledge and appreciate the efforts made by the International Olympic Committee, the International Ice Hockey Federation and the Beijing Organizing Committee to host NHL Players but current circumstances have made it impossible for us to proceed despite everyone’s best efforts. We look forward to Olympic participation in 2026.

“Our focus and goal have been and must remain to responsibly and safely complete the entirety of the NHL regular season and Stanley Cup Playoffs in a timely manner. Therefore, with stringent health protocols once again in place, we will begin utilizing available dates during the Feb. 6-22 window (originally contemplated to accommodate Olympic participation) to reschedule games that have been, or may yet be, postponed.”