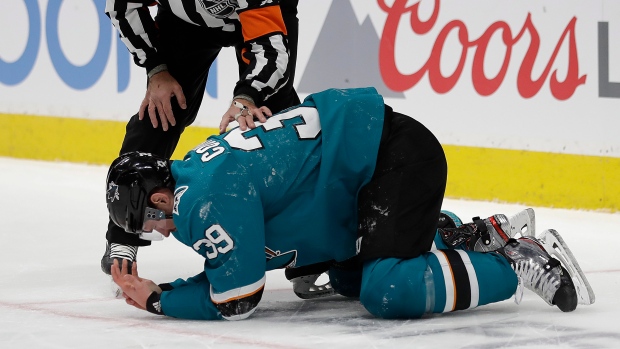 San Jose Sharks forward Logan Couture left Sunday's game against the Colorado Avalanche in the first period after being struck by a puck, but he is expected to be fine, head coach Bob Boughner told reporters.

Couture was injured when Timo Meier took a shot that deflected off Colorado's J.T. Compher's stick and then struck Couture in the side of the head. He was placed in concussion protocol and did not return to the game, playing 4:07 of ice time before departing.

"I don't think it's anything serious. I think he's going to be fine," Boughner told reporters after the 4-3 loss, adding Couture could play Wednesday in Chicago against the Blackhawks.

In 52 games so far this season for the Sharks, Couture has 16 goals and 23 assists for a total of 39 points.