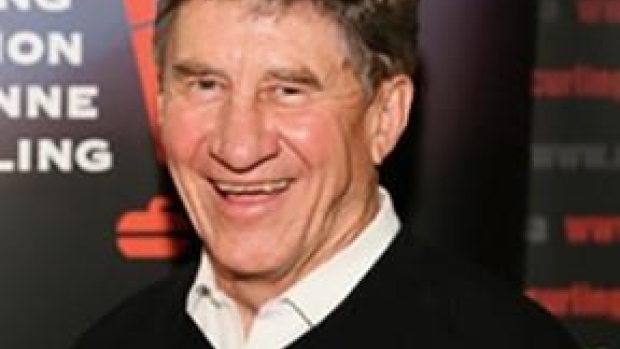 With some curling competitions already cancelled and the rest of the 2020-21 season up in the air due to the COVID-19 pandemic, the sport is facing significant challenges as it looks ahead to a possible resumption in a few months time.

Empty arenas are the new normal as the sporting world slowly starts to come back, and curling would likely need to follow that lead. The sport's powerbrokers are continuing to explore various possibilities for competitions, but are hamstrung by uncertainty about potential restrictions.

The days of thousands of fans attending a weeklong bonspiel and jamming the nearby party space are likely over for at least next season, a serious blow to the bottom line for many events.

Warren Hansen, a Curling Canada Hall of Famer who spent over two decades running event operations for the national federation, says alternate plans may need to be made to at least get top competitions on television.

"Find an arena that's close to the airport, make a deal with some hotels and try and stage the things for at least your television audience," Hansen said.

With the potential for air travel skittishness or restrictions hampering transport, Hansen thinks holding events in major cities like Winnipeg or Calgary would be a solid alternative.

That way, Hansen said, most of the top curlers could probably drive to the competition, adding fields could be trimmed to the top eight or 10 teams in the country and held in a small rink to keep costs down.

Both Curling Canada, which runs Season of Champions events like the Tim Hortons Brier and Scotties Tournament of Hearts, and Sportsnet, which operates the Grand Slam circuit, have not announced any changes to their plans or schedules for next season.

A few lower-tier curling tour stops have been cancelled but the first top-flight event of the campaign, the Masters in Sarnia-Lambton, Ont., remains a go for Oct. 20-25. The Scotties, meanwhile, is on tap Feb. 20-28 in Thunder Bay, Ont., and the Brier is set for March 6-14 in Kelowna, B.C.

The sports world, including curling, essentially shut down last March when the pandemic hit. Golf, soccer and auto racing have started to come back while other sports are taking steps to return this summer or fall.

"I think you're going to have a (TV) audience that's so starved for any sport and starved for curling," Hansen said in a recent interview from Vancouver. "If you're one of the fans that exists, the audiences I think will be good regardless of what you do or how you do it.

A number of significant question marks remain on the curling front.

Many facilities around the country may not reopen at their normal time. Teams may have difficulty with sponsorships given the economic downturn and the sport's uncertainty. Some players may have to factor in quarantine periods to their schedules.

Other sports have made big adjustments and curling may have to do so as well. The NBA is planning to resume games in late July at the Disney campus near Orlando, Fla., and the NHL is exploring a summer return in two hub cities.

"You've got to somehow try to make sure that your key properties are at least operated and televised," said Hansen, who has done consulting work since leaving his longtime position at Curling Canada in 2015.

"And I think that the televised end of it can keep things rolling. For the most part it can probably satisfy a lot of the sponsor obligations."

Host cities on the 2020-21 calendar are in a tough spot as the holding pattern continues. Tickets have been sold, promotional work is underway and preparations continue despite the uncertainty.

In addition, big dates are fast approaching. The Olympic Trials are less than a year and a half away and the Beijing Games are set for February 2022.

"I think everybody's going to have to feel their way along with it," said Hansen, who hosts the "Inside Curling" podcast with legendary skip Kevin Martin. "But ... the key thing is in the sport of curling anyway, we've got to make sure that we do everything we possibly can to keep something forging ahead in some way, shape or form."