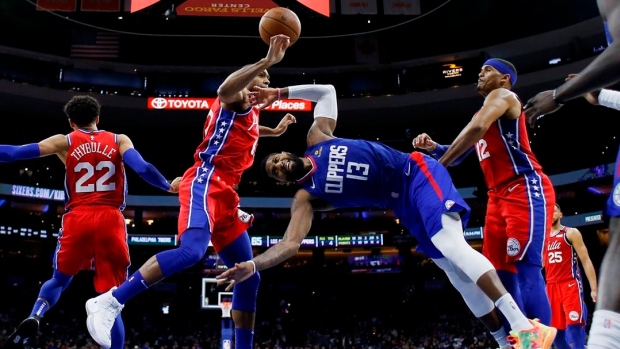 NEW YORK — The NBA fined Paul George of the Los Angeles Clippers $35,000 on Thursday, two days after he was critical of the officiating after his team lost to the Philadelphia 76ers.

The NBA said George was fined those comments, and noted that the amount of the fine “also reflects his multiple prior violations of the rule prohibiting public criticism of the officiating."

This marks at least the fifth time George has been fined in his career for such comments, and this came with the stiffest fine — topping the $25,000 he was docked on two other occasions.

George pointed out the Clippers were called for eight more fouls than Philadelphia n the 76ers' 110-103 win at home, referring to that disparity as “home-court cooking."