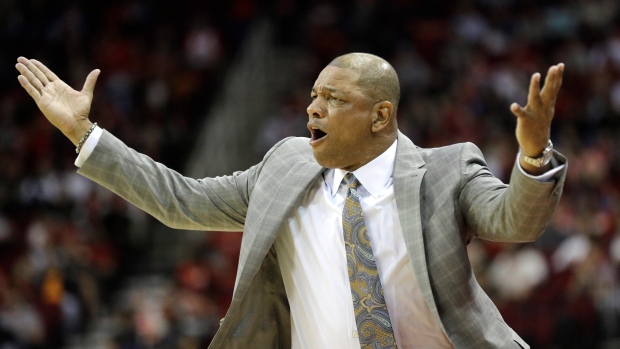 When Los Angeles Clippers coach Doc Rivers appeared on ESPN earlier this week, he was effusive in his praise for Toronto Raptors forward Kawhi Leonard.

But even compliments can get you into trouble when they're for a player under contract to another team.

The Clippers have been fined $50,000 by the NBA for tampering over Rivers's remarks.

"[Leonard] is the most like Jordan that we've seen," Rivers said on Monday. "There's a lot of great players. LeBron is phenomenal, KD is phenomenal. Not that [Leonard] is Jordan or anything like that, but he's the most like him. Big hands, post game, can finish. Great leaper, great defender, in-between game. If you beat him to the spot he bumps you off, and then you add his three-point shooting."

A free agent at season's end, Leonard is widely expected to receive a substantial offer from Rivers's Clippers. The Clippers sent representatives including Lawrence Frank and even owner Steve Ballmer to a number of Raptors games this season.