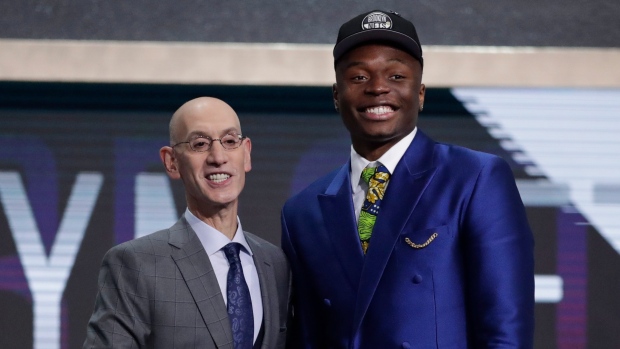 Kabengele was selected 27th overall in the first round of last month's draft. The 6-foot-10 forward averaged 13.2 points, 5.9 rebounds and 1.5 blocks in two seasons with the Seminoles.

Mann was picked 48th overall in the second round. The guard averaged 11.4 points, 6.5 rebounds and 2.5 assists as a senior at Florida State, where he led the team to the Sweet 16 of last season's NCAA Tournament.

Also Tuesday, the Clippers signed guard Amir Coffey to a two-way contract after he went undrafted last month. He averaged 9.0 points, 3.8 rebounds and 3.2 assists in three seasons at Minnesota.