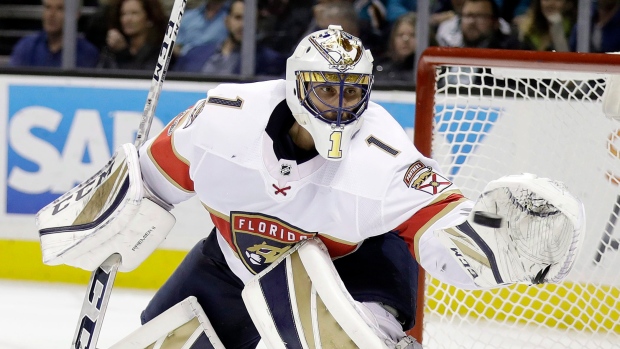 Roberto Luongo will start for the Florida Panthers on Friday, one day after being activated from injured reserve.

Panthers head coach Bob Boughner said earlier this week Luongo's targeted return was next week, but has elected instead to play him against the Winnipeg Jets in Finland.

"Officially, if [Luongo] is ready, he could play, but we're going to make that decision tomorrow," Boughner said Thursday, per NHL.com. "I could see him more playing when we get back home, [but] he's close. He's real close.

"We want to make sure [Luongo] is 110 per cent before he gets back in there and make sure that we're doing the right thing by him."

Luongo has been out since Oct. 6, when he suffered a knee injury in his first game of the season against the Tampa Bay Lightning. He was given a two-to-four week timeline for recovery after the injury.

James Reimer will started Thursday for the Panthers against the Jets in Finland, allowing three goals on 35 shots in the 4-2 loss.

The Panthers sit last in the Atlantic Division with seven points through 10 games this season.