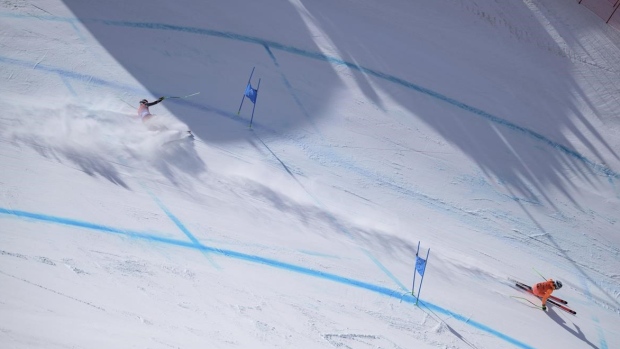 BEIJING — Canadian Alpine skier Mac Marcoux was forced to withdraw from the Beijing Paralympics due to injury.

The 24-year-old from Sault Ste. Marie, Ont., suffered a lower-body injury when he crashed in Sunday’s men's vision-impaired super-G race.

The Canadian Paralympic Committee and Alpine Canada announced his withdrawal in a joint statement.

Marcoux has battled herniated discs in his back since he captured gold in the downhill in Pyeongchang four years ago.

"It’s super unfortunate how the super-G went down. Crashing is one thing, but to be laid up again for the next little while is upsetting," said Marcoux in the statement. "It’s not the best case, but that’s all a part of ski racing. I’ll be excited to get after it and come back stronger.”

The six-time Paralympic medallist won silver alongside his guide Tristan Rodgers in the men’s downhill on the first day of competition in Beijing. He was racing for the first time in more than two years.

“The beginning of the Games was probably one of the most rewarding weeks of my ski career,” said Marcoux. “The last couple of years have been a grind and to be able to get back here healthy and happy and stoked to push out of the start gate was a huge win for Tristan and I.

"To be able to come home with a medal around our necks is just incredible, there was a lot of gratitude standing on the podium, and I couldn’t be more grateful for everyone that has supported me."