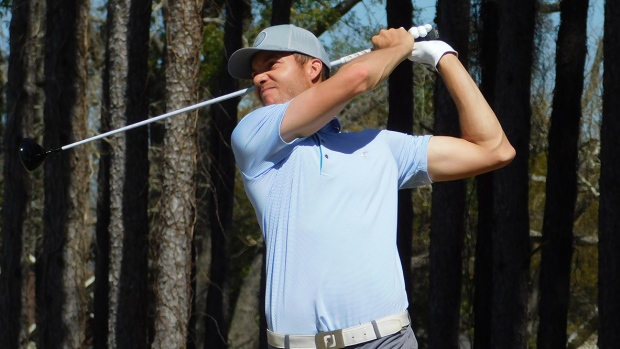 DOTHAN, Alabama — Ryan Grider, Keenan Huskey and Maximilian Mehles are tied for the lead at 7-under 209 entering the final round of Mackenzie Tour Q-School at RTJ Golf Trail at Highland Oaks.

The trio holds a one-stroke advantage over four players at 6-under – Jonathan Hardee, Matt Wilson, Logan Lockwood and Bennett Baker.

Grider, who currently plays for Baylor University, carded a bogey-free 67 in the third round after posting 70 and 72 on the first two days.

“I thought that I hit is great today off the tee,” Grider said. “My wedges were good and I made a couple putts. It was a fun day out there.”

Huskey, who held the solo lead after Tuesday’s opening round, enters the final day with a share of first place after carding 3-under 69 on Thursday. The former South Carolina Gamecock shot 67 and 73 during the first two days in Dothan.

Mehles, a former Kentucky Wildcat, posted 71 in the third round, making the turn in 37 before a bogey-free 34 on the back nine.

“I had a bad bogey on No. 9, but it kind of motivated me for the back nine,” Mehles said. “The pins were really tough today. Overall, I’m pretty pleased that I stayed patient and made two birdies on the back nine.”

Hardee, currently one stroke behind the leaders, birdied his final three holes of the day en route to 5-under 67.

Wilson carded 69 for the second consecutive day, highlighted by an eagle on the par-5 seventh hole during Thursday’s round. Lockwood also shot 69 on back-to-back days after opening with 72.

Baker, the solo 36-hole leader, shot 74 in Thursday’s third round. He enters the final day tied for fourth, one shot behind the three-way tie for first.

Rounding out the top 10 on the leaderboard is Otto Black, Samuel Anderson and Steven Fisk in a three-way tie for eighth at 5-under 211. Black matched the low round of the day and tournament with a bogey-free 6-under 66 on Thursday. Calum Masters (T13) also fired 66 in the third round, including a 5-under 31 on the back nine.