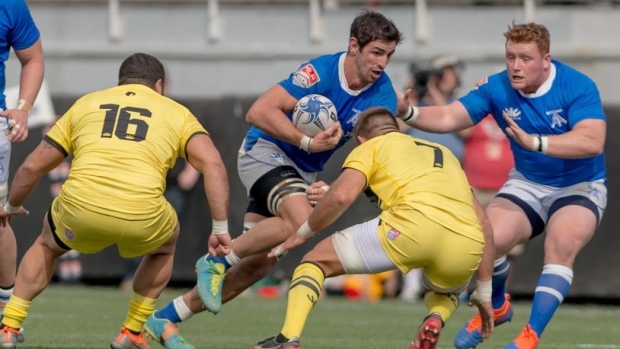 The 12-team North American league has already played five rounds of matches this season. The Toronto Arrows, the only Canadian franchise, stands second overall with a 4-1-0 record.

"After discussions with all clubs, we have determined that the decision to suspend our season is in the best interest of our community, fans, players, officials and staff," MLR commissioner George Killebrew said in a statement.

The league said its next step would be based on guidance from the Centers for Disease Control and Prevention (CDC), Public Health Agency of Canada (PHAC) and other public health authorities.

"The health and safety of our players, staff, and passionate fans is always top-of-mind when it comes to making decisions as a club and member of Major League Rugby, and we fully support MLR's league-wide decision to pause our season," Arrows president and general partner Bill Webb said in a statement.

Webb said the Arrows will come up with training plans in the days to come in conjunction with medical experts.

"At the appropriate time, the league and clubs will communicate details for the continuation of the 2020 season, including plans to reschedule our home opener that was originally scheduled for April 4. We fully expect to play any postponed matches at a later date."