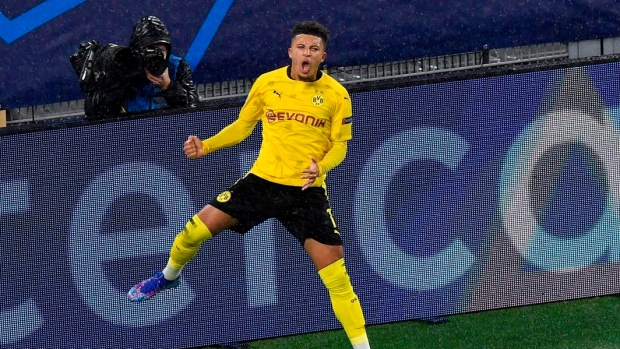 Fabrizio Romano reports the Red Devils are closing in on signing the 21-year-old England winger from Borussia Dortmund with an improved offer of £72 million.

Add ons included as part of the negotiation ‘to reach an agreement soon’.

Jadon made it clear: he wants Man Utd.

While BVB are still holding out over an additional £10 million in add-ons, the player has agreed to personal terms with United and a deal is expected to be completed.

United have been eyeing Sancho for over a year with a transfer during the 2020 summer/fall window never materializing. Joining United would mark a return to Manchester for the South London-born player. Sancho spent three years in the Manchester City academy before moving to Dortmund in 2017 in a £8 million transfer. City is believed to have placed a buy-on clause on Sancho in their sale to Dortmund, meaning that the club would be entitled to 15 per cent of whatever fee United ends up paying for the player.

In four season with Dortmund, Sancho has made 137 appearances across all competitions, scoring 50 goals. During Bundesliga action last season, Sancho had eight goals and 11 assists in 26 matches.

Capped 20 times by England, Sancho has yet to make an appearance during Euro 2020.