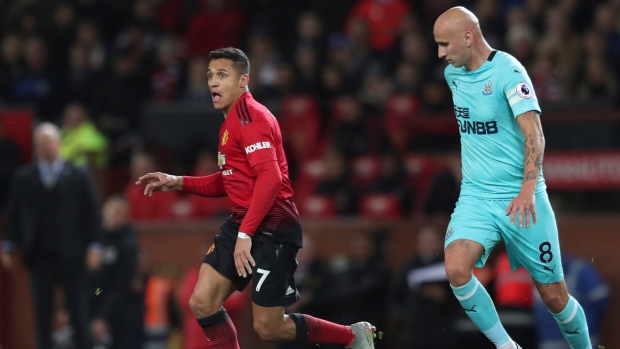 Manchester United manager Ole Gunnar Solskjaer says he's confident that the Alexis Sanchez will be a valuable component of his team this season and dismissed reports that the Chile forward has been made to train with the reserves.

Referring to the 30-year-old Sanchez as "such a professional," Solskjaer said that there is room for him to play a big role in an attacking corps that no longer features Romelu Lukaku, who was sold earlier this month to Inter.

"We don't have the biggest forward line in numbers, so Alexis might end up playing a lot more games than you expect," Solskjaer said. "We expect him to come good at this club. He's quality."

Sanchez, who has struggled with injuries since his January 2018 move from Arsenal, didn't feature in the Red Devils' preseason after picking up a hamstring injury while on international duty during the Copa America. He did not dress in United's season-opening 4-0 win over Chelsea on Sunday and is not expected to play on Monday when United travels to the Molineux to take on Wolves on Monday.

Solskjaer says that his return is close and that any suggestion that Sanchez has been sent to train with the reserves as a means to force a transfer are patently false.

"It's these stories again that he's been put in the reserves - of course he hasn't," Solskjaer said. "He's a few weeks behind the rest, but he's very close to being part of it."