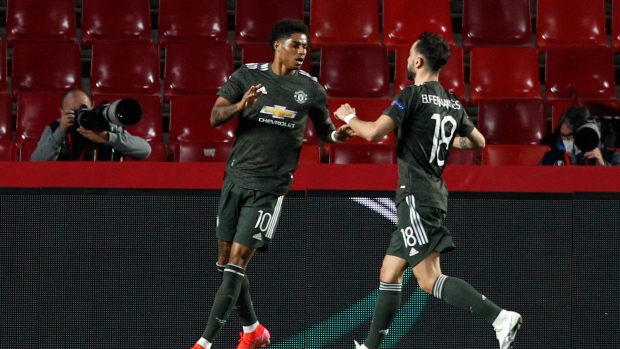 Manchester United confirmed on Friday that Marcus Rashford is set for surgery next week on his injured shoulder.

The 23-year-old England striker is set to miss three months of action.

The team made the announcement in a short statement.

"Following consultation between Marcus, [manager Ole Gunnar Solskjaer], club medical staff and specialists, Marcus will undergo surgery imminently to resolve his shoulder injury," the statement read. “He will now focus on his rehabilitation in order to return as soon as possible."

A native of Manchester, Rashford made five appearances for England at Euro 2020.

Last season, Rashford appeared in all but one Premier League game and scored 11 goals. In 271 appearances across all competitions over six seasons as a senior player, Rashford has 88 goals.

In Rashford's absence, Solskjaer still has the likes of Edinson Cavani, Anthony Martial, Jadon Sancho and Mason Greenwood among his attacking options.

United is set to kick off its Premier League campaign on Aug. 14 at Old Trafford against Leeds United.