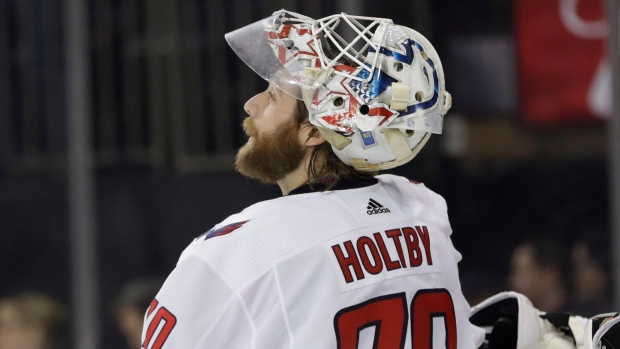 With the NHL playoffs a month away, it’s a question a number of teams around the league are still trying to answer.

This is far from the first season we’ve seen goaltender controversies, but it is interesting how few of them have been resolved this late in the year. The one thing we know about playoff hockey is it’s often the impetus coaches need to make the tough decision – a tough decision that might mean parking a de facto starter in favour of a better available option.

Goaltending tandems have certainly become more popular over the years. Workhorse goalies are disappearing from the league, in large part because teams have realized the value of managing the workloads of their starters and the dividends that can yield down the road. It’s about workload balance, fatigue management, and injury risk mitigation. Even when there is a clear No. 1 starter, we’ve seen teams leveraging backup goaltenders more aggressively in the back-to-back situations that are littered across the NHL’s regular-season schedule.

That situation is a little bit different for every team. Consider the 22 still in playoff contention. The Boston Bruins, as a quick example, will likely run Tuukka Rask out for every available game. But not every team is Boston.

Let’s look at each of these teams and grade out the depth charts using goals saved above average to see where the tougher decisions may manifest: 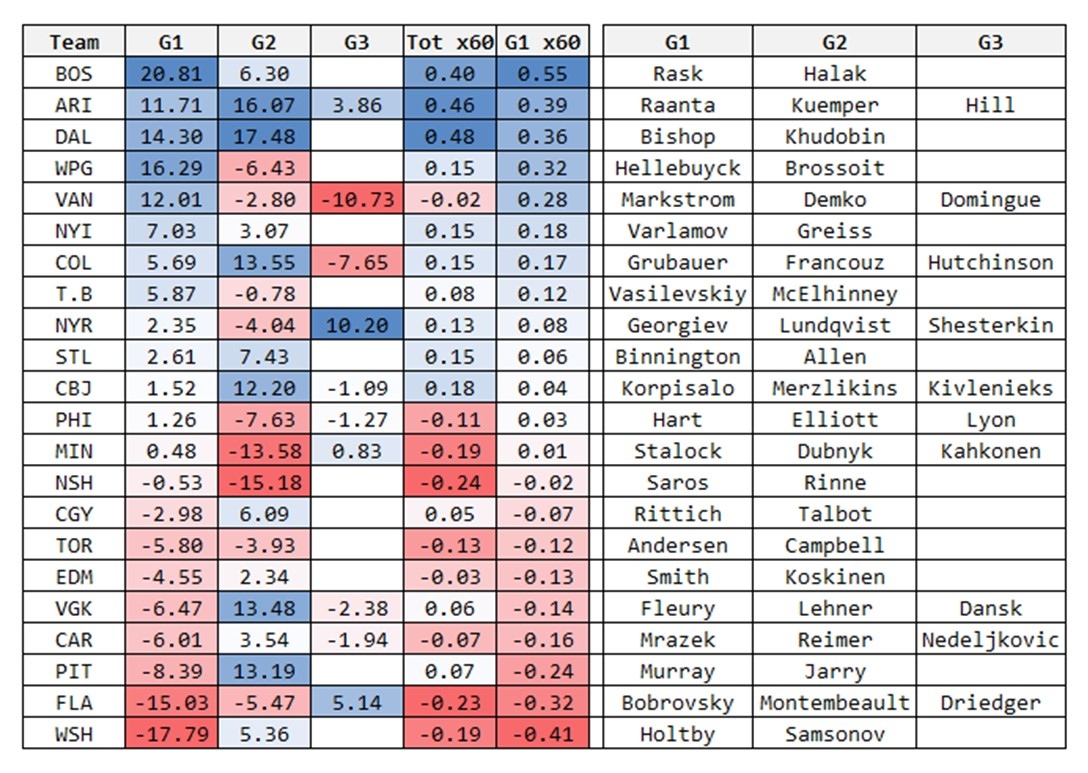 The hierarchy is sorted by performance year-to-date, so the Bruins duo (the combination of Rask and Jaroslav Halak) has been sensational behind the Bruins defence, while the opposite is true for Washington (via Braden Holtby and Ilya Samsonov).

You can start to see which teams have to make a decision between their 1A and 1B goaltenders sometime soon. The Arizona Coyotes and Colorado Avalanche are probably the two best examples here.

In Arizona, Antti Raanta and Darcy Kuemper are separated by a handful of starts, and Kuemper has been the better of the two goalies this season. The Colorado Avalanche are in a very similar boat (and I’d argue a more interesting one, considering Colorado is one of the favourites in the West). Philipp Grubauer has led the team in starts, but Pavel Francouz has the better results.

Another decision point is where established starters have struggled relative to their backups.

Washington’s Holtby has struggled all season long, and although I don’t think the team is ready to hand the keys over to Samsonov, he has been materially better (his 91.7 save percentage over 25 games is more than two percentage points better than Holtby’s).

Vegas’ situation might be more precarious. Fleury hasn’t been bad enough to justify losing starts, but the team brought in Robin Lehner – who has played well enough to be a starter for years now – to back him up. Lehner has been outstanding in a pair of starts with Vegas already, a carryover of his impressive 33 games behind Chicago’s horrendous defence.

If you start going team by team, you realize how few franchises have their goaltending situation figured out heading into April. While that might create some really intriguing storylines for us to follow, it must be nerve-racking for the players, coaches and fans.

But that’s what hockey is all about!