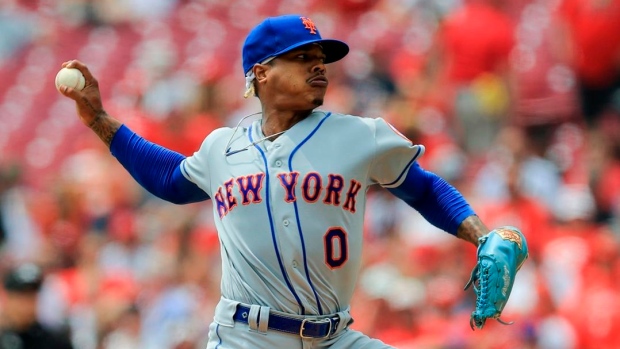 Starting pitcher Marcus Stroman said during an interaction with a fan on Twitter Monday that no negotiations on a potential contract extension have taken place with the New York Mets to date.

No negotiations at all but thank you my man! Appreciate your support!

"No negotiations at all but thank you my man! Appreciate your support!" the pending free agent wrote when asked if there's been any contact between the two sides.

Stroman has been one of the more consistent starters in baseball this season, pitching to an ERA of 3.00 in 174.0 innings. The 30-year-old is tied for the league-lead with 32 starts and is also scheduled to take the mound Tuesday and in the Mets' season-finale Sunday, which would likely make him the only pitcher in MLB this season with 34 starts made.

After opting out of the 2020 season due to COVID-19, the Medford, N.Y., native returned to the Mets in the off-season on a one-year, $18.9 million qualifying offer.

He split the previous season between the Mets and Toronto Blue Jays, who dealt him to New York after parts of six years in exchange for pitchers Anthony Kay and Simeon Woods Richardson. For his career, Stroman owns a 3.63 ERA in 178 appearances over seven big-league seasons.

The Mets enter play Tuesday 73-82 and have been eliminated from postseason contention.