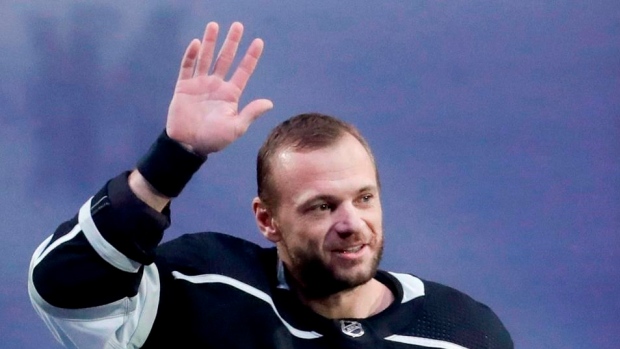 Marian Gaborik has called time on his career.

The NHLPA announced on Thursday that the three-time All-Star has officially retired.

After 1,035 games in 17 NHL seasons, which included capturing a #StanleyCup championship along with scoring 815 regular-season points, @MGaborik12 is officially hanging up the skates.

A native of Trencin, Slovakia, Gaborik appeared in 1,035 NHL games over 17 seasons with the Minnesota Wild, New York Rangers, Columbus Blue Jackets, Los Angeles Kings and Ottawa Senators from 2000 to 2018.

For his career, Gaborik notched 407 goals and 408 assists.

Gaborik was a member of the Kings' 2014 Stanley Cup-winning team.

“It’s been a great honour and privilege to play in the best league in the world since I was 18 years old," Gaborik said in a statement. "The journey has been nothing short from spectacular, amazing and unbelievable. Many times, it’s been a roller coaster, but I always found the way back. Saying that, I’m so grateful and thankful to my family, my agent, teammates and coaches."

Originally taken with the third overall selection of the 2000 NHL Entry Draft, Gaborik was both the Wild's first ever draft pick as well as the highest drafted Slovakian player in league history.

Gaborik scored 30 or more goals on seven occasions and reached the 40-goal mark three times. His best season offensively came in 2009-2010 with the Rangers when he scored 42 goals and added 42 assists.

Internationally, Gaborik represented Slovakia on a number of occasions, including at two Winter Olympic Games and multiple IIHF World Championships. Gaborik was a member of the Slovakia squad that claimed bronze at the 1999 IIHF World Junior Hockey Championship in Winnipeg. He also represented Team Europe at the 2016 World Cup of Hockey, finishing as runner-up to Canada.