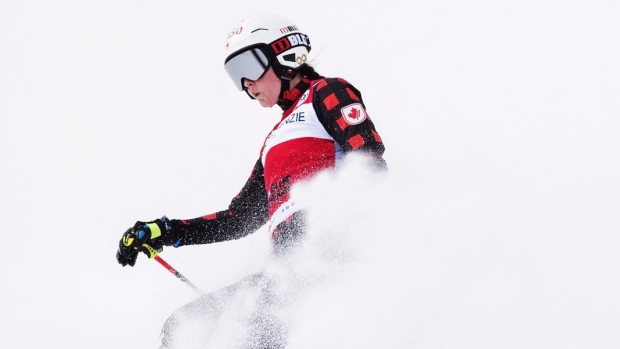 An airborne crash in the women's final took Sweden’s Sandra Naeslund out of consideration and left Thompson and Chore vying for position in the race. Ultimately, Thompson edged out Switzerland’s Fanny Smith to top the podium with Chore taking third for her first-ever World Cup podium

"I feel awesome. Anything can happen in ski cross, so you kinda got to keep it going all the way until the finish," said Thompson. “I love the night event, it’s such a fun atmosphere.”

In the men's final, Schmidt earned bronze, his second podium in 2021 with the first occurring last season in Georgia. Fellow Canadians Carson Cook and Brady Leman raced to seventh and eighth, rounding out the men’s small final.

"I feel great about this podium. Stoked to be under the lights in Arosa,” said Schmidt. "The girls were crushing it all day and Brady and Carson were battling it out in the small final. It’s a great team result today."

The Canadians will compete in the team event on Wednesday.

The team event is run in a knock-out style format and functions as a two-competitor-per-team relay. The gate drops for the second athlete based on the time difference between the first two athletes. The first team to have both competitors across the finish line in the big final is the winner.

This report by The Canadian Press was first published Dec. 14, 2021.