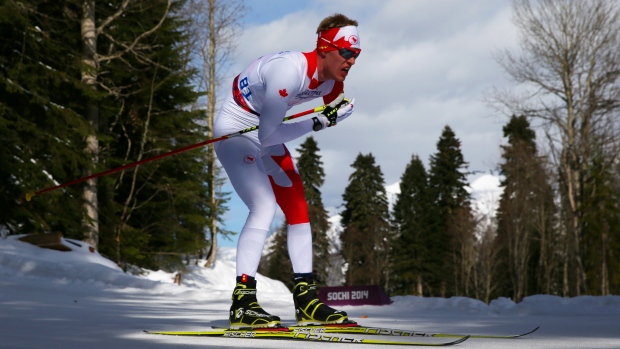 Canada's Mark Arendz has it.

The skier from Hartsville, P.E.I., went 6-for-6, including a biathlon gold medal, for the most medals won by a Canadian in a single Winter Paralympic Games in 2018. He was chosen Canada's flag-bearer for the closing ceremonies in Pyeongchang, South Korea.

An amputee who lost his left arm above the elbow in a farming accident at age seven, Arendz embarks on another gruelling schedule of six biathlon and cross-country races in nine days starting Saturday (11:15 p.m. ET Friday) in Beijing's Paralympics.

Arendz set a high bar for himself four years ago.

"I don't want to look at it as topping it," Arendz told The Canadian Press. "Those results, I want to evolve from them.

"For me, my goal going into Beijing is every time I go to the start line, I'm the best prepared I am and ready to race and when I cross that finish line, I've done everything I can.

"Essentially, I put my cards on the table and see who can beat that."

Arendz, who turned 32 on Thursday, knows how to manage multiple races in a condensed time frame, with recovery the prime component.

"The recovery piece between those races was huge, just making sure I got what I need, and staying smart," he said. "Getting my nutrition back, getting some downtime, and changing that as I saw fit."

Arendz will log post-race notes before writing down goals for the next day. Every minute is meticulously managed.

"If he has a press conference that goes 10 minutes longer, that's 10 minutes he's not in his room recovering," said his brother Menno. "It takes a very disciplined person to say 'no, I can't do this right now.'

"With para racing, both biathlon and cross-country very frequently, and with the condensed schedule that the Paralympics has, all those athletes are under extreme pressure."

Menno took up biathlon via cadets at age 12 and Mark quickly followed him into the sport at a Prince Edward Island park that now bears Mark's name.

The brothers now live in Alberta with Mark training at the Canmore Nordic Centre and occasionally helping out Menno coaching the Camrose cross-country and biathlon club.

Passionate and driven is how Menno describes his brother.

"When I was an athlete, we'd go for four- or five-hour skis. He takes it to the next level and does eight-hour runs in the mountains in Yosemite," Menno said.

"It takes an extremely driven person to do this year after year and make the small gains he does to make himself better."

Arendz followed up his Pyeongchang performance with another six-pack of medals in a seven-day span at the 2019 world para Nordic championship in Prince George, B.C.

"I'm not shocked he gets the results he does. I've seen what it takes to build to that level," Menno said. "I am shocked he pulls it off every single time. One of the most elusive things in our sport is to be consistent.

"Any little thing can change a result on the day, especially in biathlon because of the shooting aspect."

When Arendz crossed the finish line to win the 15k standing biathlon in Pyeongchang, he let out a roar.

He'd missed gold by less than a second four years earlier in Sochi, Russia, when a head cold took the edge off his competitive form.

"It was a really emotional time, just that relief to finally be able to say I am a Paralympic champion," Arendz said.

Canada's para Nordic team accounted for 16 of the country's 28 medals in Pyeongchang.

This report by The Canadian Press was first published March 3, 2022.