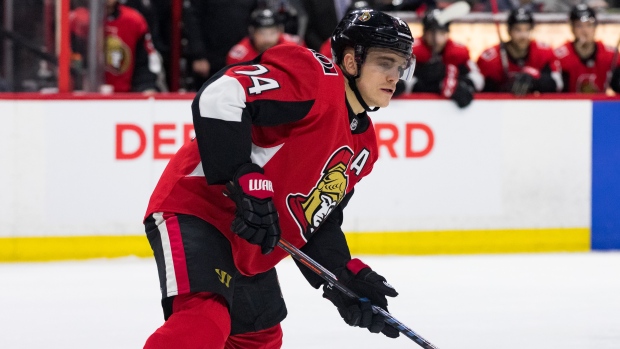 Mark Borowiecki confirmed Thursday that his time with the Ottawa Senators is at an end, 12 years after he was first drafted by the franchise.

“I think this is the right move for both sides,” Borowiecki told Postmedia on Thursday. “We both kind of agreed mutually this might be the best path forward. That’s just my focus right now and what’s going to happen Oct. 9.”

The 31-year-old's comments came one day after his agent, Steve Bartlett, told The Athletic it was "highly likely" the veteran defenceman would test free agency.

Borowiecki, who made his debut with the team during the 2011-12 season, posted a career-high seven goals and 18 points in 53 games this season while playing on an expiring deal.

“For sure, it’s the end of chapter and one that’s got a lot of positive memories for me. By no means am I trying to come across as ungrateful or not thankful for what’s happened here for me, but it’s the right time for me. I kind of took a bet on myself this year and I don’t know if the organization wanted to see that bet as well and how that turned out.

“In years past, I wouldn’t have been willing to take that bet on myself. I would have shied away from it and not been confident.”

While the 31-year-old was sidelined from Feb. 13 onward with a torn ligament in his ankle, Senators general manager Pierre Dorion told the Ottawa Sun in February that he first informed Borowiecki in December that he would not be traded at the deadline despite his expiring contract status. Dorion told TSN Radio 1200 Ottawa later that week that the team intended to keep Borowiecki in nation's capital for the remainder of his career.

"We hope to make Mark Borowiecki a Senator for life," Dorion said on Feb. 27.

Borowiecki is coming off a two-year, $2.4 million contract signed with the Senators in 2017.