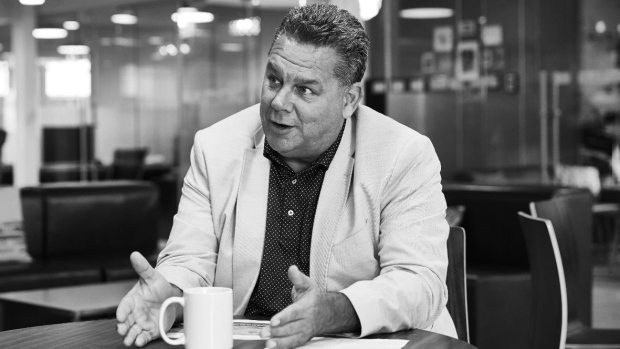 Mark Grimes was named commissioner of the Ontario Junior A Lacrosse League Thursday.

“Mark Grimes is a leader who understands what it takes to bring our league to the next level,” chairman of the OJALL Board of Governors Jeff Williamson said. “He is well respected for his ability to bring people together to get things done. With his experience and success at the highest levels of sport, Mark is the right commissioner at the right time to lead the transformation of the OJALL.

Grimes has served on the Toronto City Council for the past 18 years and has served on many sports related boards including the Hockey Hall of Fame Board of Directors and the FIFA World Cup United Bid Task Force.

“I am honoured and excited to be chosen to lead the best junior lacrosse league in the world, and the National Lacrosse League’s number one source for talent,” Grimes said. “I have had great discussions with all of our league governors. They are ready to raise the profile of junior leacrosse and I am committed to delivering for them in my new role as commissioner.”

Grimes helped bring the concept of BMO Field to Exhibition Place and worked with Maple Leaf Sports and Entertainment to open the Toronto Raptors new practice facility, OVO Athletic Centre, in 2016. He was also appointed chair of Toronto’s Pan and Parapan American Games Secretariat in 2015 and moved the motion that began the process to bring the FIFA World Cup, recently working with partners in the United States and Mexico to put together the winning bid for 2026.

“I had the great fortune of working with Mark during my time in Toronto,” former President & CEO of Maple Leaf Sports and Entertainment Tim Leiweke said. “I found him to be quite a unique leader. He knows how to get things done. Without his leadership and ability to implement a vision that he helped create—BMO Field and the Raptors training facility at Exhibition Place—simply wouldn’t have happened. After that, we went on to win MLS and NBA Championships. Mark gets vision, leadership, implementation and culture. He’s a rare breed of a leader, a businessman and a really good guy.”