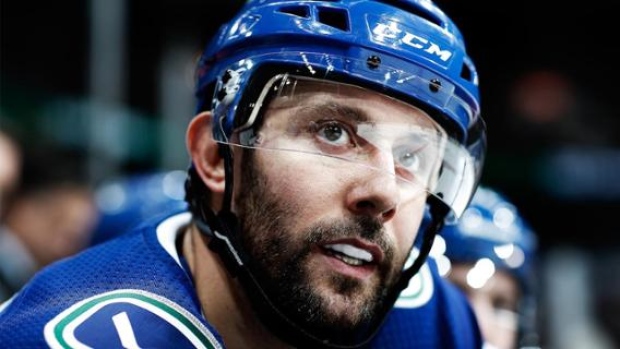 The move comes after the the veteran forward cleared waivers.

Gagner, 29, signed with Vancouver as an unrestricted free agent on July 1, 2017, agreeing to a three-year, US$9.45-million contract.

The native of London, Ont., was coming off a career-high 50-point season with Columbus Blue Jackets, but mustered just 10 goals and 21 assists in 2017-18 with the Canucks.

While Gagner will play with the AHL affiliate of the Toronto Maple Leafs, Vancouver retains the right to recall the winger at any time.

Gagner was reportedly looking to join an AHL team based close to his family.

In 770 career games with the Canucks, Blue Jackets, Edmonton Oilers, Arizona Coyotes and Philadelphia Flyers, Gagner has 152 goals and 281 assists.