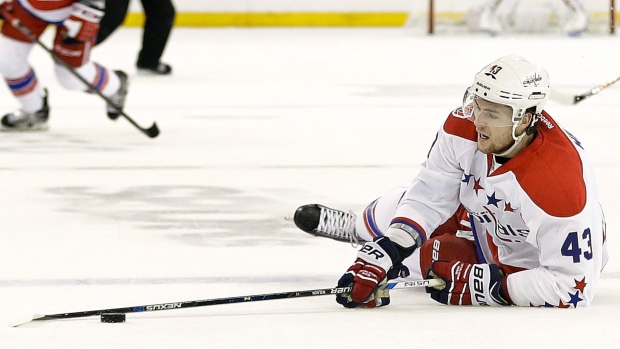 Tom Wilson can return to the Washington Capitals' lineup immediately.

The match penalty given to Wilson for an apparent hit to the head of Curtis Lazar of the Ottawa Senators was rescinded on Friday.

Late in the third period of the Capitals' 2-1 win over the Ottawa Senators on Wednesday night, Curtis Lazar reached for a puck just inside the Capitals' zone. As Lazar crossed the blue line, Wilson hit the 20-year-old from his right and dislodged his helmet. Wilson received a match penalty on the play.

Along with an automatic ejection, under Rule 21.1, a player who receives a match penalty is suspended indefinitely until further notice from the league.

In 30 games this season, the 21-year-old Wilson has two goals, five assists and 75 minutes in penalties.

The Capitals are next in action on Friday night when they host the Tampa Bay Lightning.