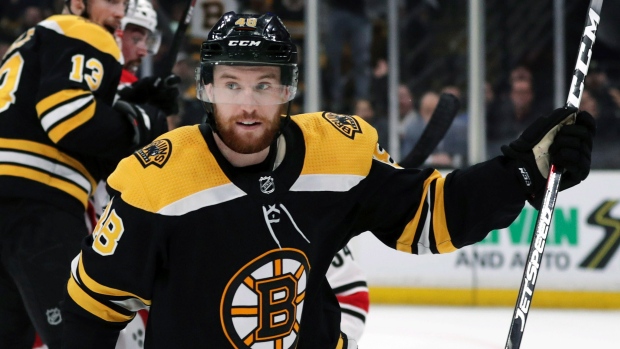 The Boston Bruins have re-signed defenceman Matt Grzelcyk to a four-year, $14.75 million per season, according to TSN Hockey Insider Pierre LeBrun.

Hearing that RFA Matt Grzelcyk has re-signed with the Boston Bruins, avoiding his arbitration hearing which was scheduled for Tuesday.

The deal carries an average annual value of $3.8675 million.

A restricted free agent prior to signing, Grzelcyk was set to have an arbitration meeting on Tuesday. The 26-year-old scored four goals and 17 assists in 68 games last season