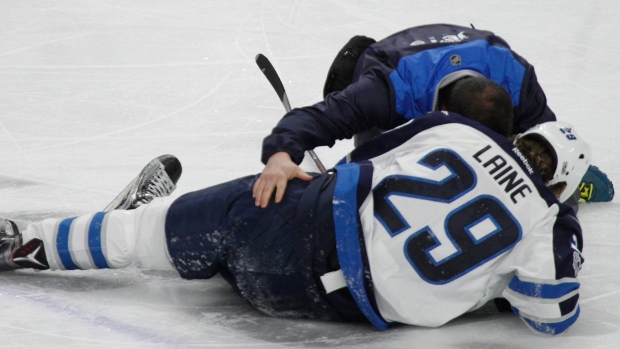 Maurice: Laine has a concussion.

Laine was knocked out of Saturday's game after colliding with Sabres defenceman Jake McCabe in the neutral zone midway through the third period.

The 18-year-old Finn received a pass with his head down and didn't have time to get out of the way of McCabe a stride before the Sabres logo at centre ice. Laine laid on the ice while he was looked at by medical staff and was later helped into the dressing.

The Jets' leading goal scorer left the arena on his own power after the game.