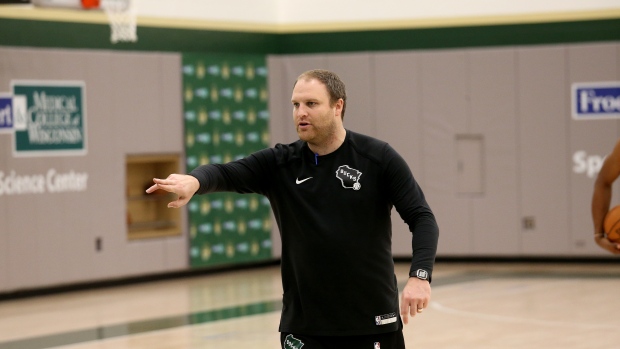 The Grizzlies will introduce Jenkins at news conference on Wednesday.

Zachary Kleiman, Memphis' executive vice-president of basketball operations, says Jenkins has an excellent coaching pedigree and elite basketball acumen and is someone they believe will develop the young Grizzlies.

Memphis had been looking for a new coach since firing J.B. Bickerstaff the day after the season ended in April.

The 34-year-old Jenkins was Mike Budenholzer's assistant in Milwaukee this season and in Atlanta for five seasons. Jenkins becomes Memphis' fourth head coach since the Grizzlies chose not to renew Lionel Hollins' contract after he led them to their lone Western Conference final appearance in 2013.