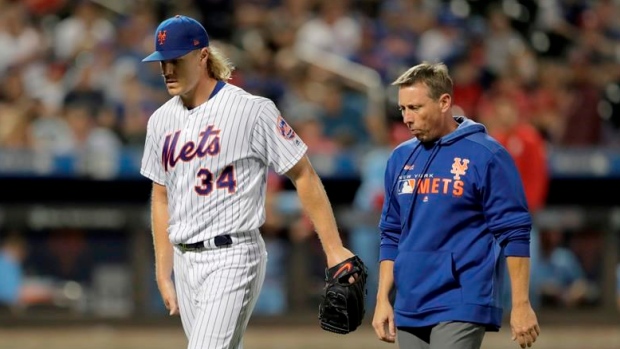 Syndergaard underwent an MRI on Sunday and was placed on the 10-day injured list. Callaway hopes Syndergaard misses just one start but says it's too early to tell if he will need more time to recover.

Reliever Wilmer Font is a candidate to take Syndergaard's turn in the rotation, but Callaway says Seth Lugo is not.

"I think he's so valuable in his role right now that it'd be tough to take him out," Callaway said.

Syndergaard reached for the back of his right leg after throwing a pitch in the seventh inning Saturday night against St. Louis. He walked off the field with a limp, but wasn't favouring the leg while playing catch and doing agility drills before Monday's game.